Somewhere outside a small village, nestled deep in the wood...
An immortal dragon makes its den.
The village calls on heroes: Noble, strong, and good...
But they fall again and again.

A cute but deadly deckbuilding roguelike with unique spark. Carefully strategize as you make your way through the dragon's dungeon, and save the village from calamity!

Adventures are just around the corner, so make sure your heroes are well rested...

Mobile controls: Tap cards to begin, swipe left and right to pick a card, swipe up to play a card

Inspired by the Famicase Short Rest by Daniel Gil.

Finally i beat this game, this game is interesting.

The only thing i don't like it's not saving nothing.

one of my favorite games

Ran into a bug: using Confuse on Gloopy Gus (the mushroom boss) shows “NaN” as the damage, shows Gus at 0 hearts, and makes Gus immortal.

Thanks for the bug report! Gus trying to deal zero damage to themselves was the problem; this should be fixed now.

Played a whole bunch, rarely got thru level 2, only got thru level 3 to the final boss once (and failed). It's hard! Finally had to put it down when I experienced the high of beating the level 3 boss for only my second time, followed by the absolute low of the final reward chest being a game-ending mimic. Whew. (Feels like this shouldn't be possible!) 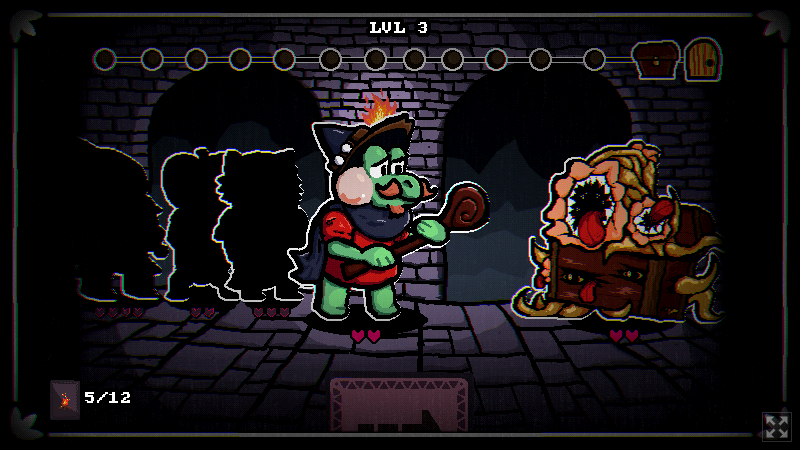 I eventually figured out that it was important to tune my deck by kindling something at every opportunity (like any deckbuilder). And for the first few runs, it was key to use Snooze cards to grind level 1 or 2 for a better deck before proceeding. Then more Snooze in level 3 until the RNG delivers a level configuration your party can pass.

I love the simplicity of the gameplay with the large number of possibilities for deck/hand/level combinations. The art really lines up with the AGBIC source art, too! Music's great, sound effects are varied and fitting, and there's good variety in the way the encounters play out. Great work!

This was wonderful! I love the story and twists, as well as the adorable graphic design and the clever game design.

I did find it a challenge (though a fun one) to work out what the different party members did, and even more of a challenge to usefully use them. For instance, it rarely proved useful that the priest could kill undead in one hit, because the priest was rarely in the right position and the cards for arbitrary reorderings seem so rare. Likewise, I almost never got to use the Rogue to disarm a trap, except by random chance.

It might be interesting to have some kind of abilities (with associated costs) to foresee the next floor, and stack the party accordingly.

Managed to beat the "immortal" dragon, just barely, using Visions of Death, and then used the card that lowers everyone to the same HP as the lowest to lower the final boss to 1, then finished him off and used Blessing Rains to heal everyone back up for the finish.

I donated, and I'd love to see an expanded mobile-friendly version of this. 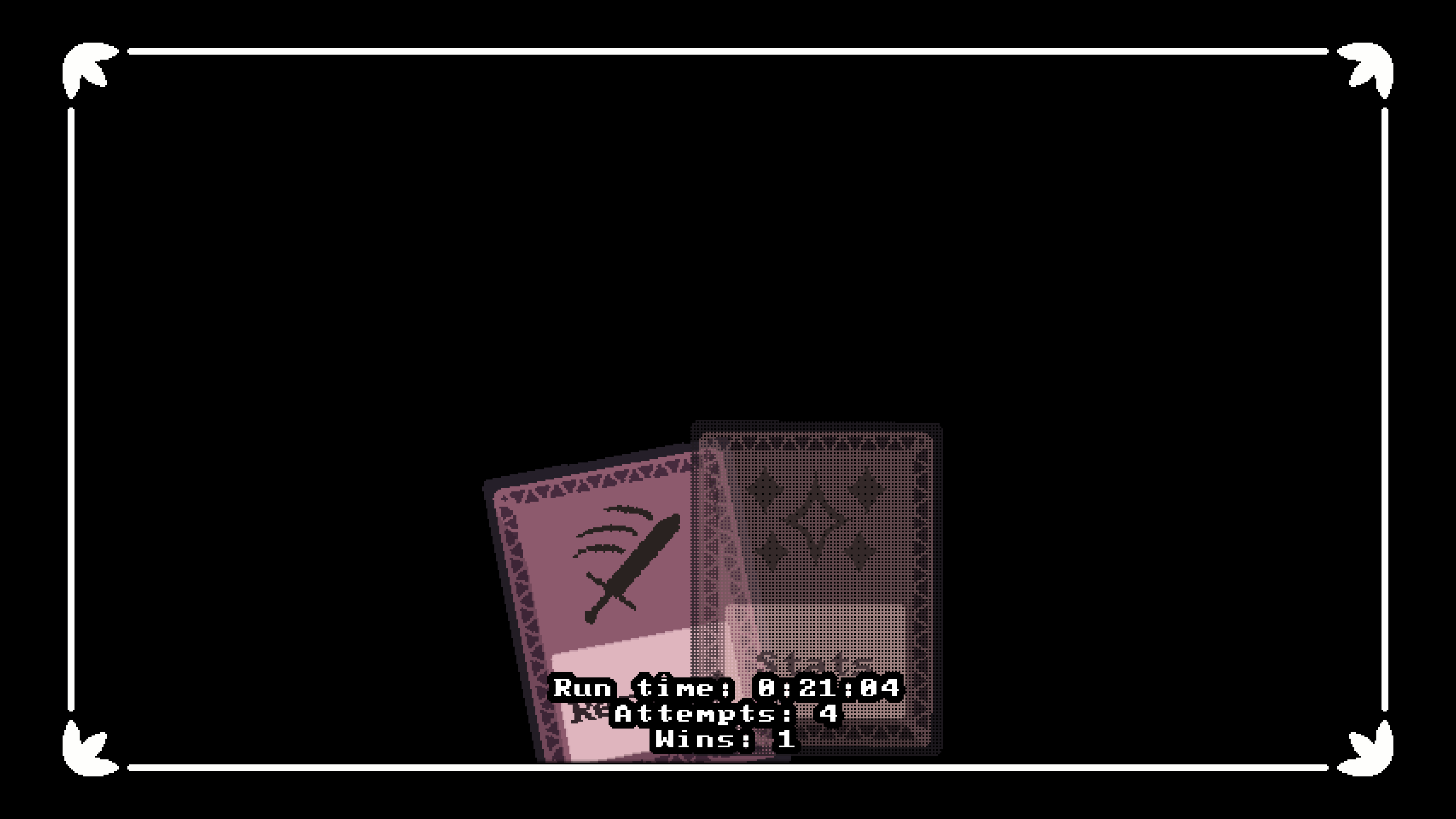 Better run this time (and didn’t even use Visions of Death this time): 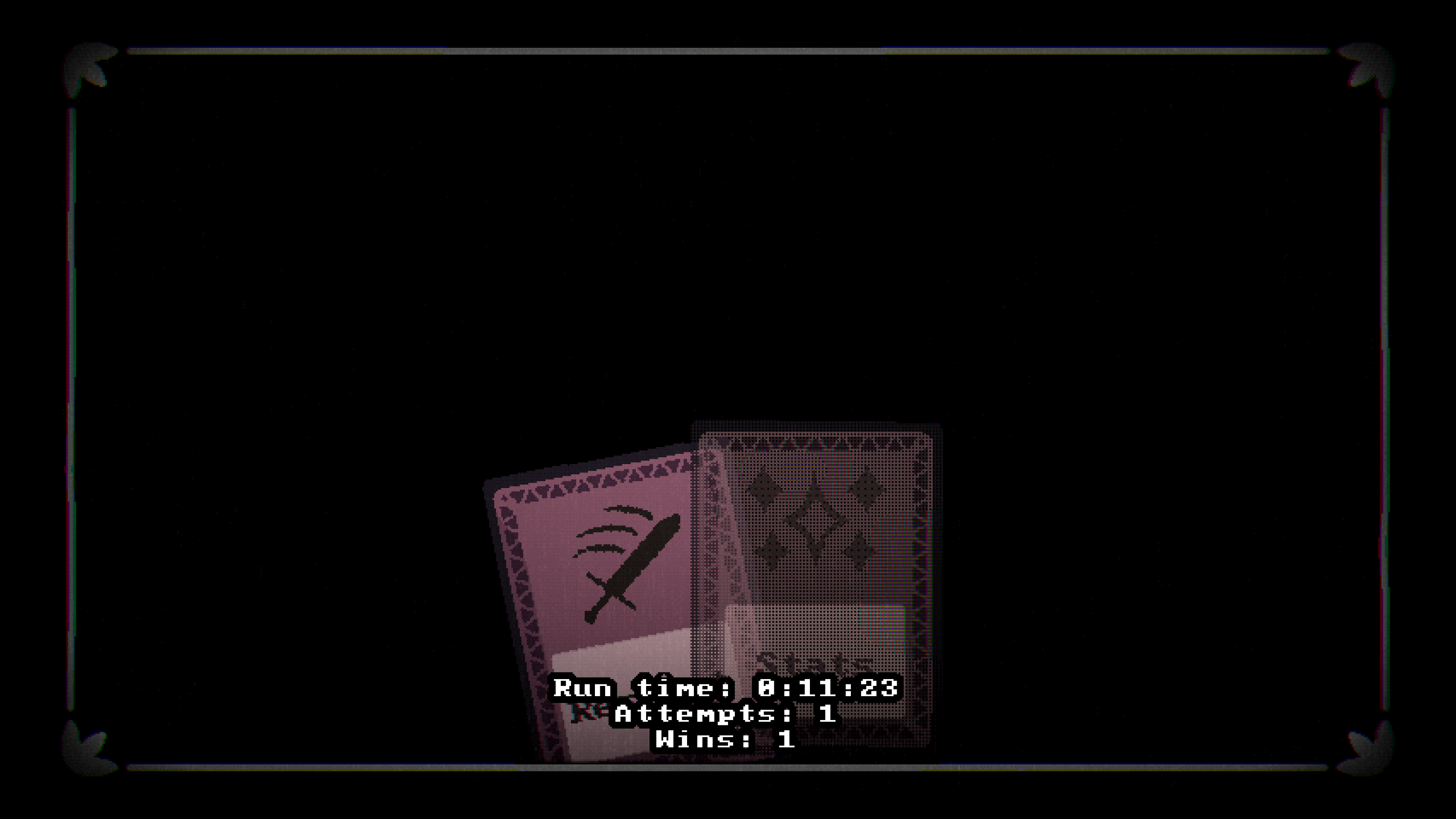 Tried deliberately for speed this time. Didn’t get Visions of Death, but managed to use Life Link Locket on the dragon, and Death from the Shadows on the final boss. 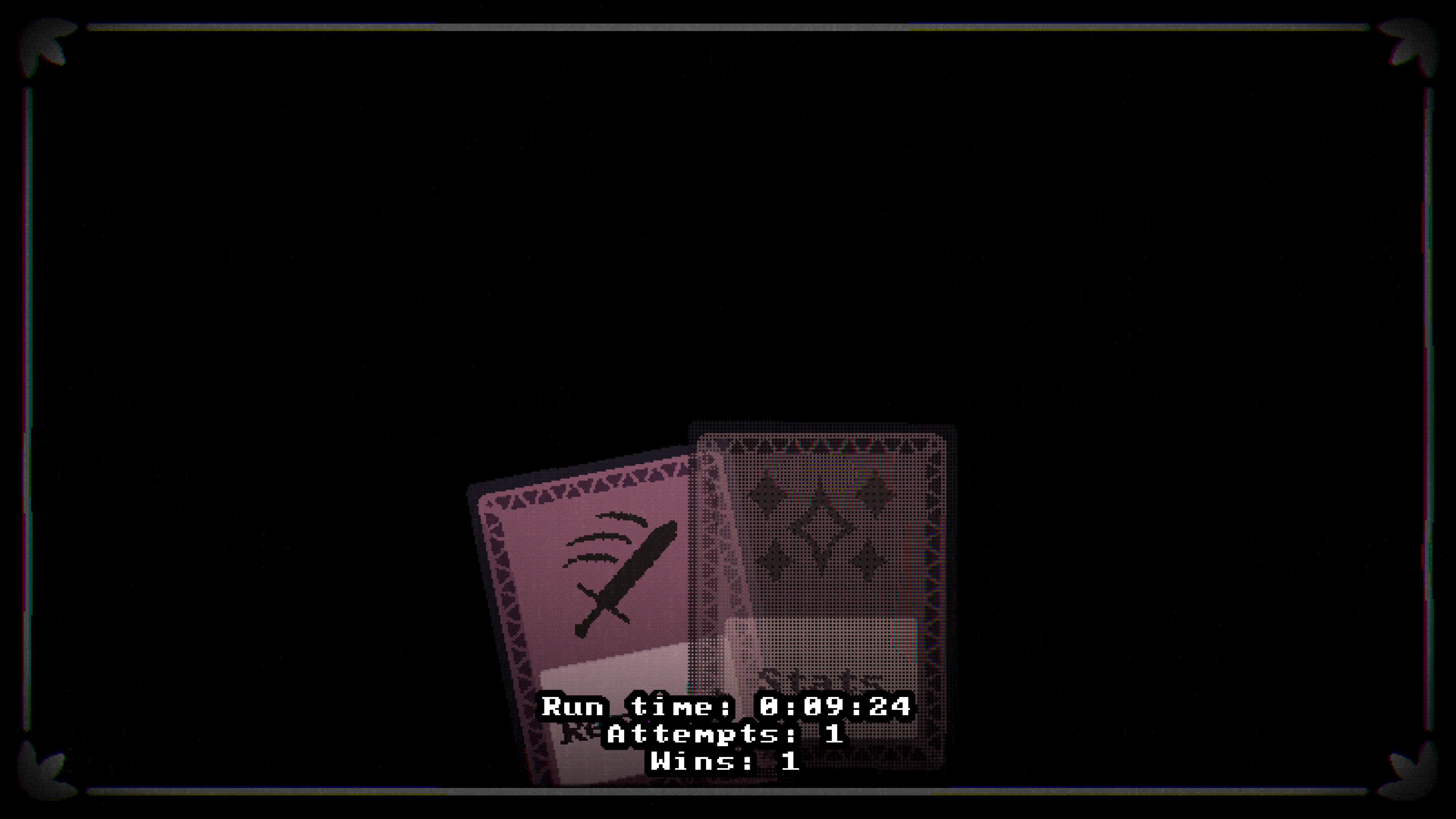 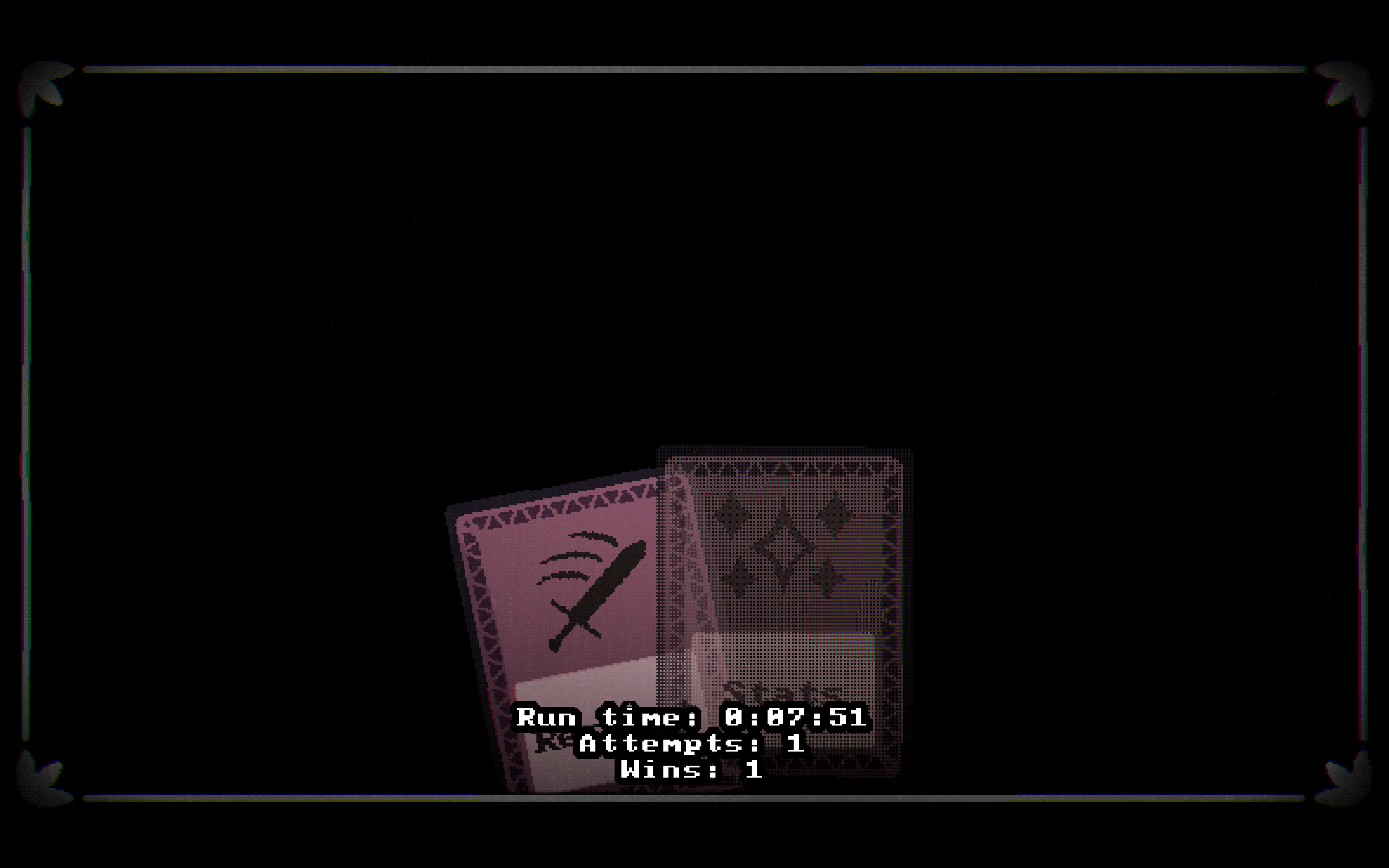 Managed to beat it; would have been faster but I didn’t draw a faster card to beat the final-final boss with. 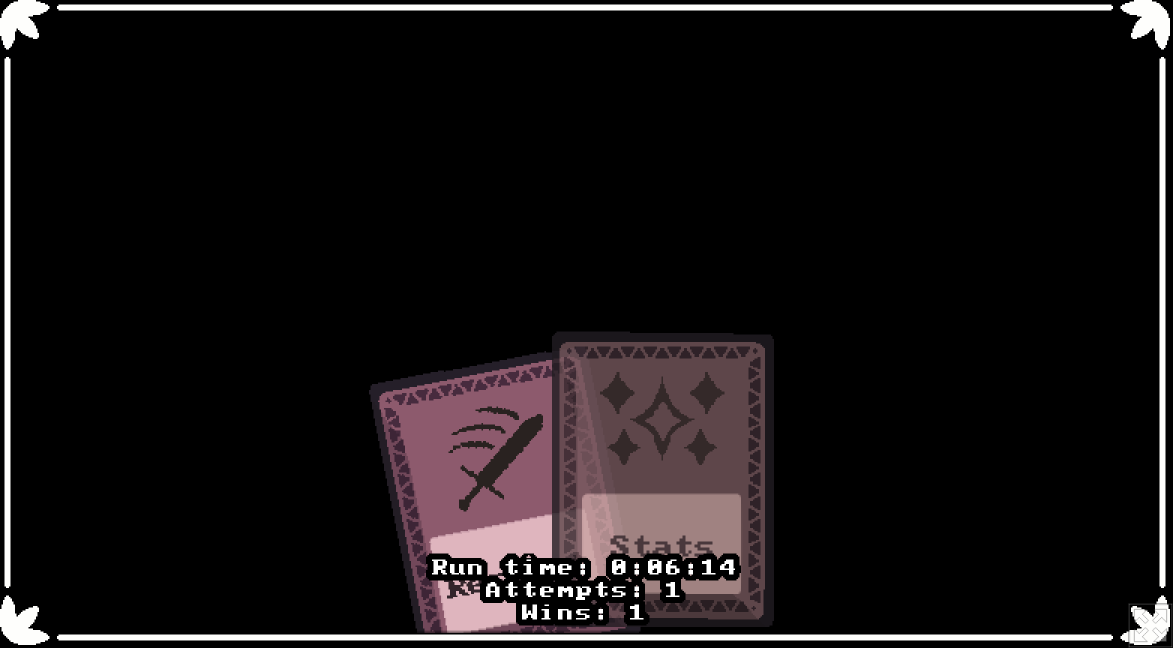 Found this thanks to Spudcats.

i confused a bomb 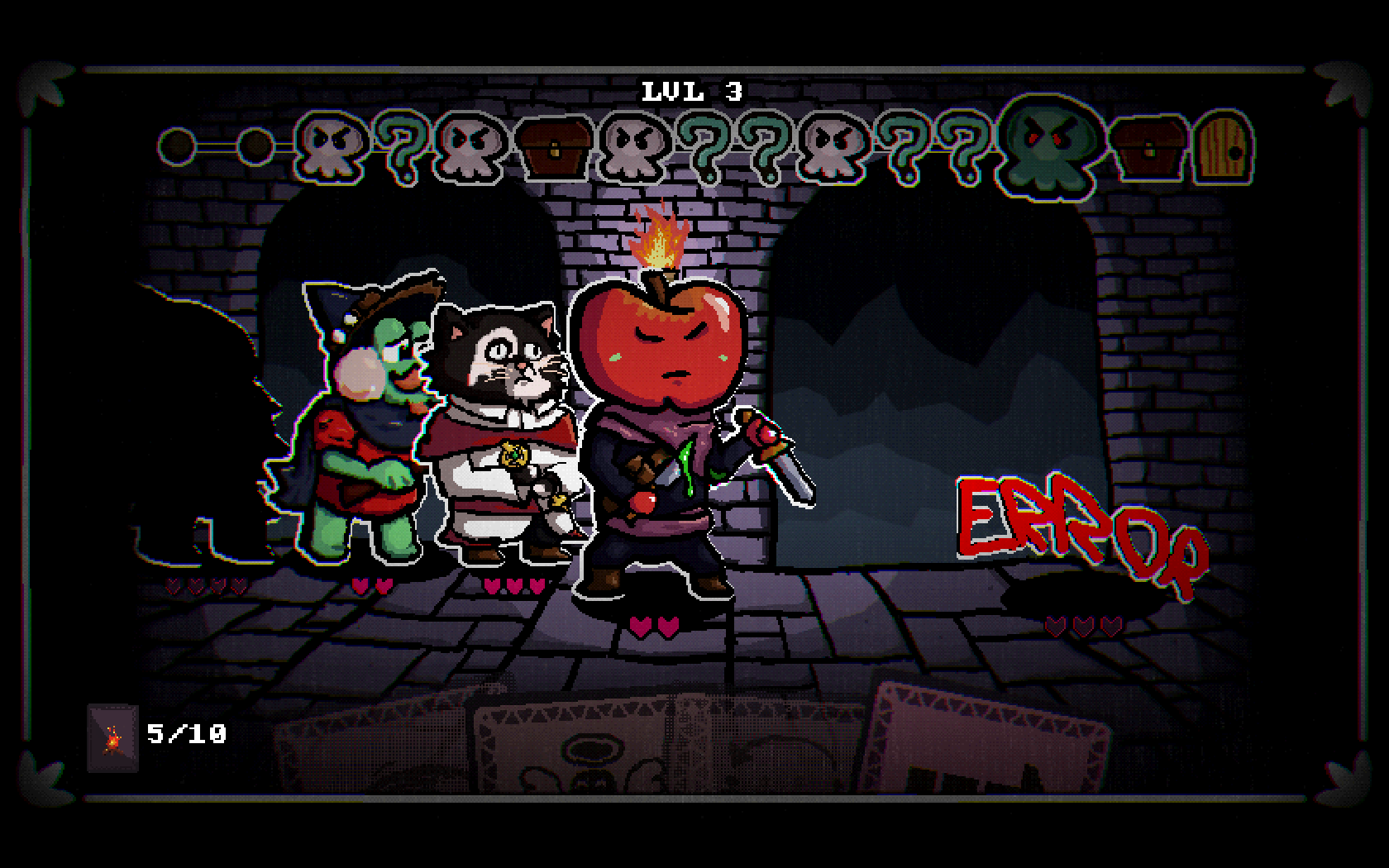 This should be fixed now; thanks for the bug report!

This game is really interesting. I haven't played similar deck building rouge like games before but I did hear of slay the spire from some of my friends. So this game was my first look into the genre ad I must say it is super interesting! I like how different characters have different advantages against enemies for example the cleric/priest deal an insane amount of damage to skeletons and it makes sense. The cards too had an element of chance where you can choose to replace them before starting the dungeon and it can affect the gameplay. Was super enjoyable and had a blast! Thank you for making an amazing first impression on this genre for me :D

Took me a couple of plays to figure out a strong strategy. Also had some great luck. Keeping the ol' switcheroo for the final battle really paid off!

If you want to play a downloadable version, I'd recommend using the itch app: it lets you easily download and run web games.

I love this game! I haven't beaten it yet but I've gotten so close! I think I've run into a bug. Every time I use the "Death from the Shadows" card, the game stops working. As soon as I use it, I can't bring up any of my other cards.

Thanks for the bug report! This issue should be fixed now.

Cool game! I like the art and it's super polished. It doesn't feel super strategic though- I didn't have much control over what cards I got, so whether I won or lost just depended on whether my health + attack cards happened to be greater or less than the enemies' health.

A lot of the strategy lies in when to save/sacrifice your cards and how you arrange your party: If you're having trouble making it through, try mixing it up or using the mulligan to aim for a specific hand! 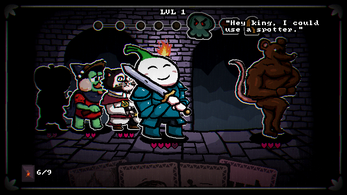 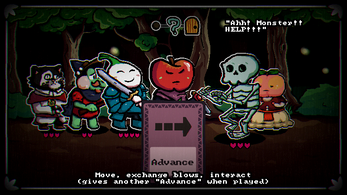 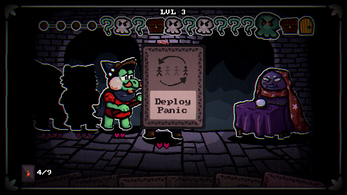